Introduction to Computer Hardware The CPU

The CPU, or processor, is the hear of the computer system. In essence, a CPU is a flat square sliver of silicon with circuits etched on its surface called a chip. This chip is  encased in either ceramic or plastic with pins running along the flat underside of the package.

The CPU package is connected to a motherboard via some form of CPU interface, either a slot or a socket. For many years the socket style of CPU was dominant. Then both major PC chip manufacturers switched to a slot style of interface. After a relatively short period of time they both changed their minds and the socket was back in favour! 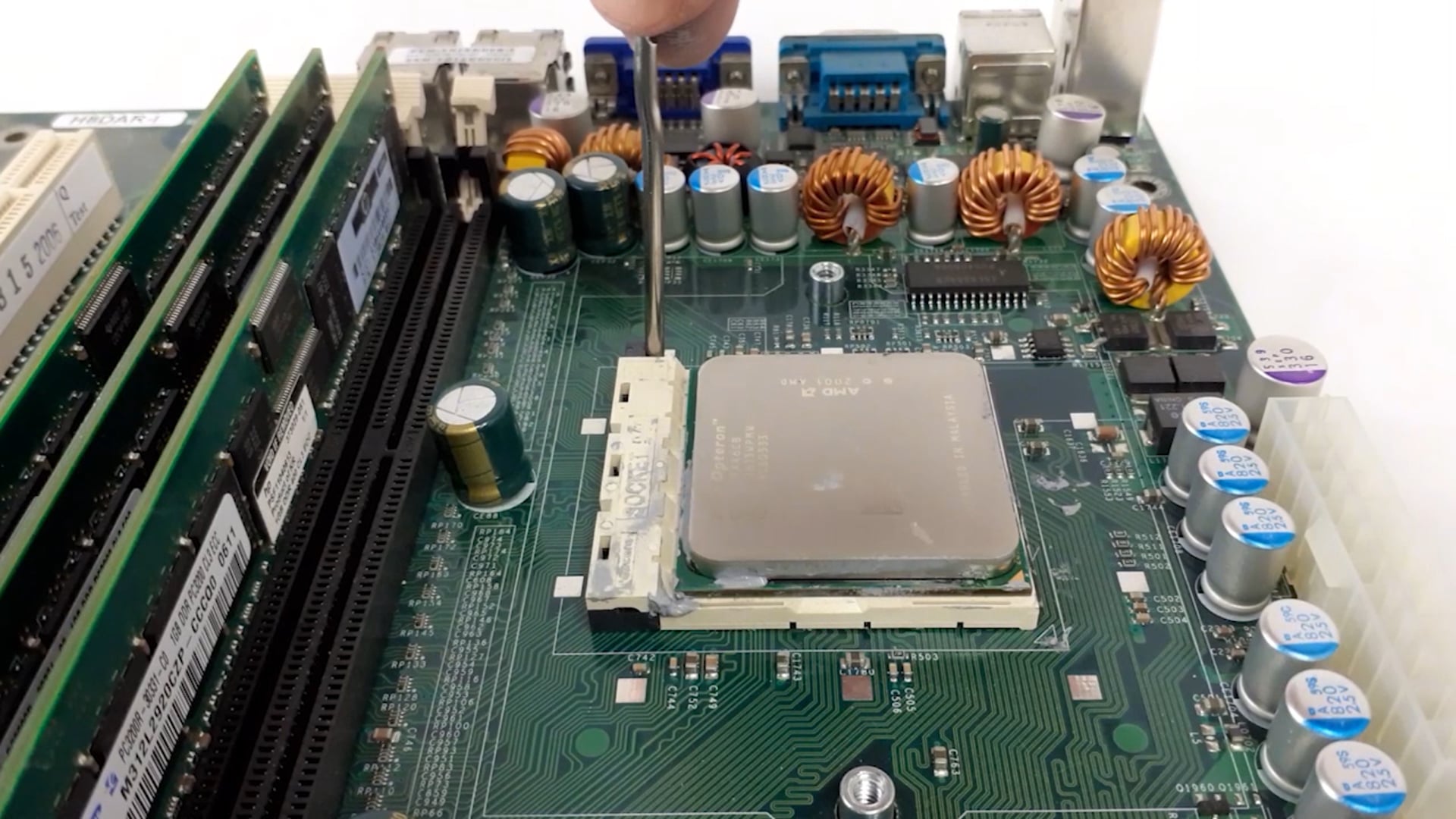 Lesson Content
0% Complete 0/2 Steps
Inside the CPU
Parts of the CPU
We use cookies on our website to give you the most relevant experience by remembering your preferences and repeat visits. By clicking “Accept”, you consent to the use of ALL the cookies.
Cookie SettingsAccept
Manage consent

This website uses cookies to improve your experience while you navigate through the website. Out of these, the cookies that are categorized as necessary are stored on your browser as they are essential for the working of basic functionalities of the website. We also use third-party cookies that help us analyze and understand how you use this website. These cookies will be stored in your browser only with your consent. You also have the option to opt-out of these cookies. But opting out of some of these cookies may affect your browsing experience.
Necessary Always Enabled

Performance cookies are used to understand and analyze the key performance indexes of the website which helps in delivering a better user experience for the visitors.

Analytical cookies are used to understand how visitors interact with the website. These cookies help provide information on metrics the number of visitors, bounce rate, traffic source, etc.

Advertisement cookies are used to provide visitors with relevant ads and marketing campaigns. These cookies track visitors across websites and collect information to provide customized ads.

Other uncategorized cookies are those that are being analyzed and have not been classified into a category as yet.

SAVE & ACCEPT
Login
Accessing this course requires a login. Please enter your credentials below!
Lost Your Password?